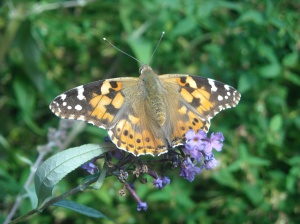 Apart from a few sunny days here and there, there’s really no evidence at all to suggest that summer actually arrived here this year. The majority of days have been gloomy and overcast, and my Small Suburban Garden has looked pretty much the same way. The floral extravaganza of wild flowers I was hoping for simply didn’t happen, just a few Californian Poppies and a couple of marigolds. The cherry tree succumbed to blackfly and I’m not entirely sure it’ll still be with us next year. 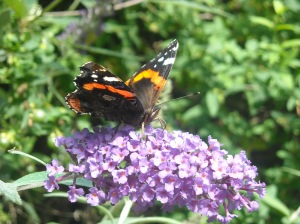 The buddleia bloomed but failed to attract more than a passing large white butterfly and a stray bee, although as I was cutting it down this afternoon I was joined by several Red Admirals and a Painted Lady – better late than never I guess. One of the signs that autumn is upon us is the white flowers on my chives – which are actually one of the few things currently cheering up the borders. 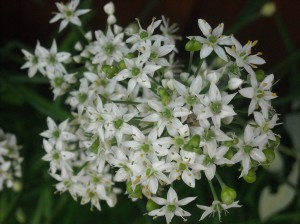 Will we get an ‘Indian Summer’ this month? Time will tell…